Members of the CAIH, you are invited to participate in a virtual presentation of dbSQWare, our multi-DBMS management and maintenance software.

Subscribe now to discuss your questions and your problems in terms of exploitation databases, as well as the solutions provided by dbSQWare. 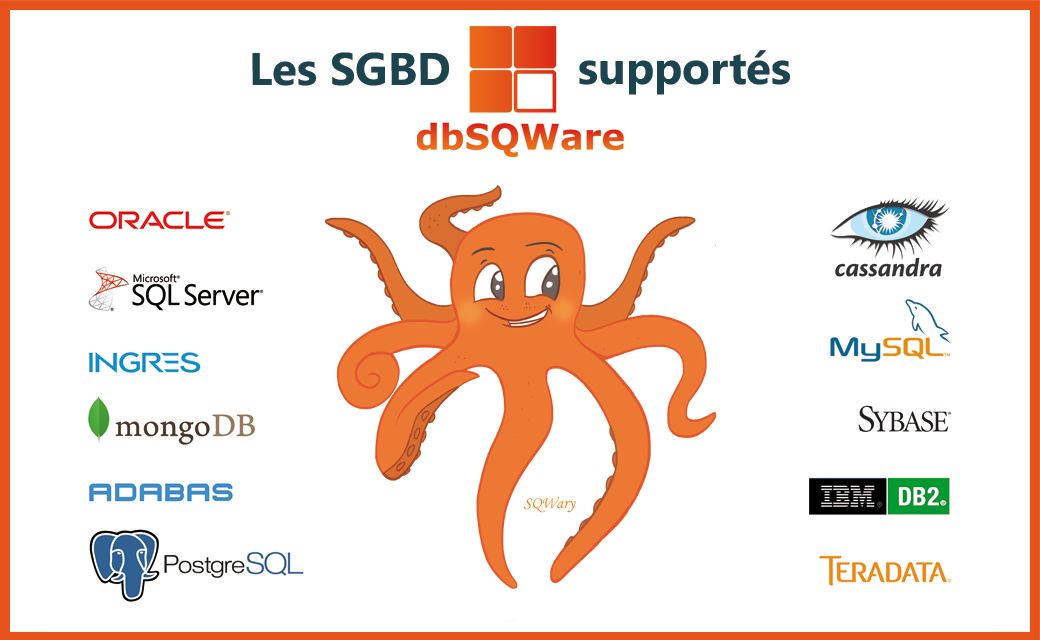 On RDBMS side (Relational Database Management System):
=> Oracle, the most popular on UNIX / Linux
==> SQLServer, developed by Microsoft and mainly deployed on Windows
===> Teradata, a historic RDBMS with colossal storage capacities
====> Sybase, acquired by SAP and former market leader
=====> DB2 LUW, the distributed system version of the Mainframe engine
======> Ingres, dating from the 80s and in Open Source since 2004
=======> MySQL, the most popular open source RDBMS
========> PostgreSQL, the most advanced open source RDBMS 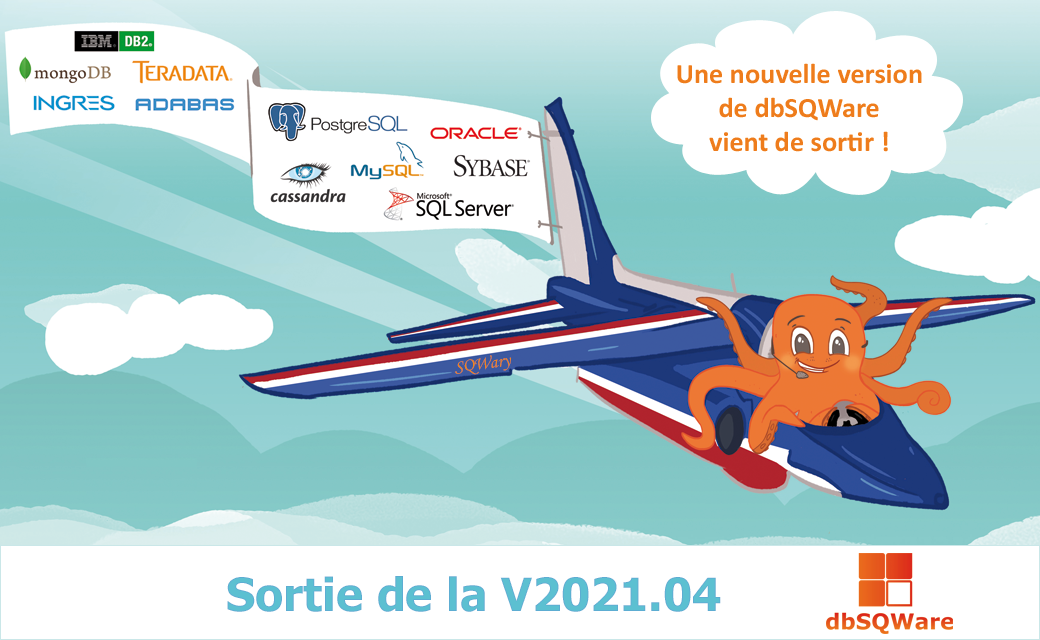 This version includes 3 new features that should please our users:
– monitoring the execution of SQLServer jobs,
– generation of AWRs in RAC mode,
– monitoring of changes in the repository (addition / deletion of instances, patch / upgrade of versions).

Not to mention that dbSQWare is the only DBMS management and maintenance software capable of homogeneously managing 11 types of database engines. 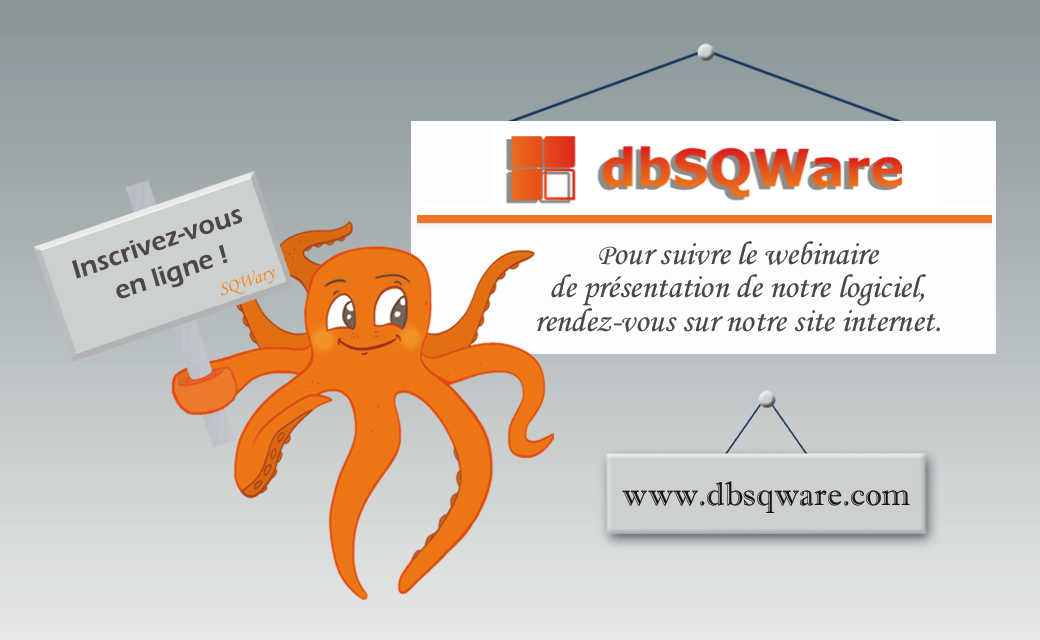 To learn more about our dbSQWare software and discover its functionalities in terms of DBMS management and maintenance (backup, restore, copy of environments, update statistics, etc.), simply participate in a webinar presenting our software.

Exclusive and personalized, it will allow you to discuss in complete confidentiality the management of your database engines, your expectations and the problems encountered.
To register, go to the “Webinaire” tab (in french part). 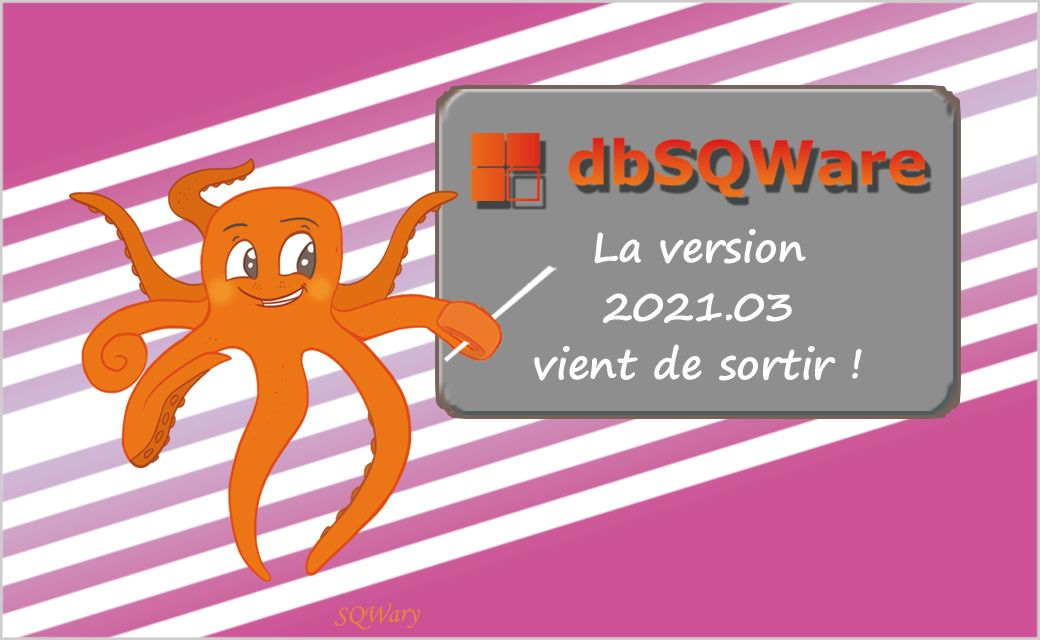 With a novelty that was in preparation when the previous version was released: the addition of a handrail for each managed DBMS and each of its instances.
A plus for our users who will be able to enter all the notifications necessary to gain visibility, information, time and management. 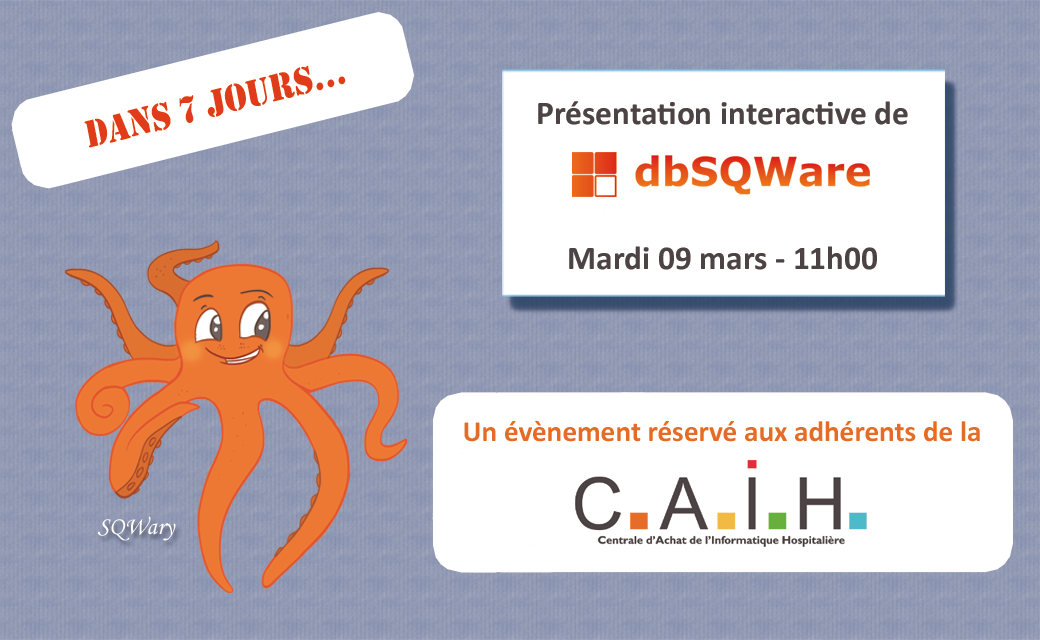 Members of CAIH (Central Purchasing of Hospital Informatics), you are invited to participate in a virtual presentation of dbSQWare, our multi-DBMS management and maintenance software.
We look forward to seeing you on March 9, 2021 at 11:00 a.m.
Register now by following this link to discuss your questions and your issues in database operation, as well as the solutions provided by dbSQWare. 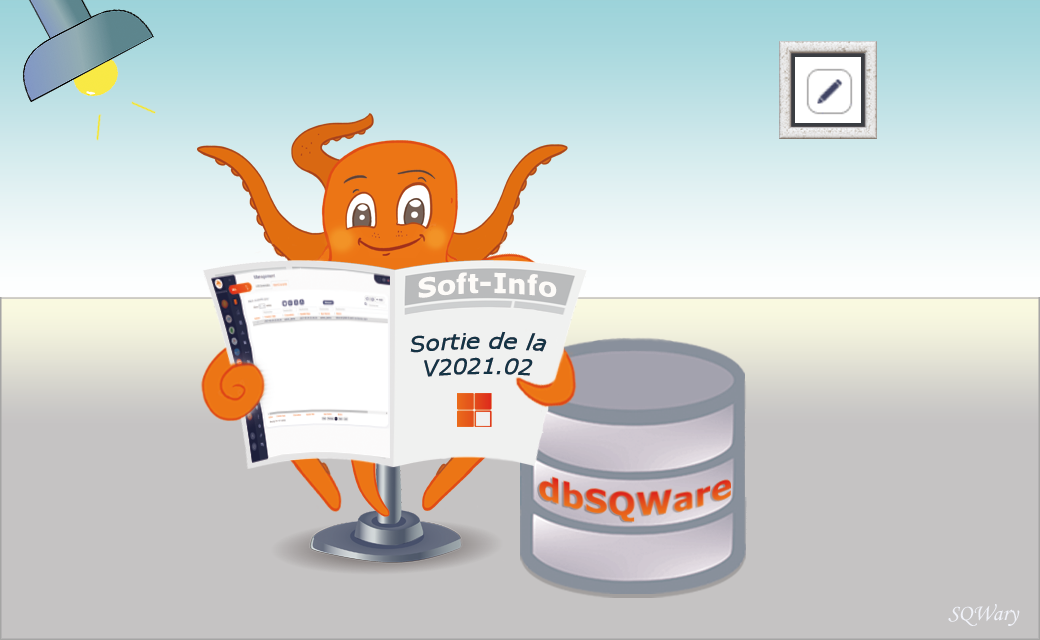 The version 2021.02 of dbSQWare has just been released!
With a novelty that should please: the ability to view and add general notes for each DBMS managed and each of its instances.
The addition of a handrail is in preparation and will be available in the next version.
A plus for our users who will gain visibility and information, both on history and on current affairs.

Not to mention that dbSQWare is the only DBMS management and maintenance software capable of managing 11 types of database engines.

For Mardi Gras, I put on my superhero outfit which defends DBMSs against threats related to their management and maintenance.

Thanks to my super powers drawn from dbSQWare, I secure DBAs in their daily tasks, I save them time and I make them agile. 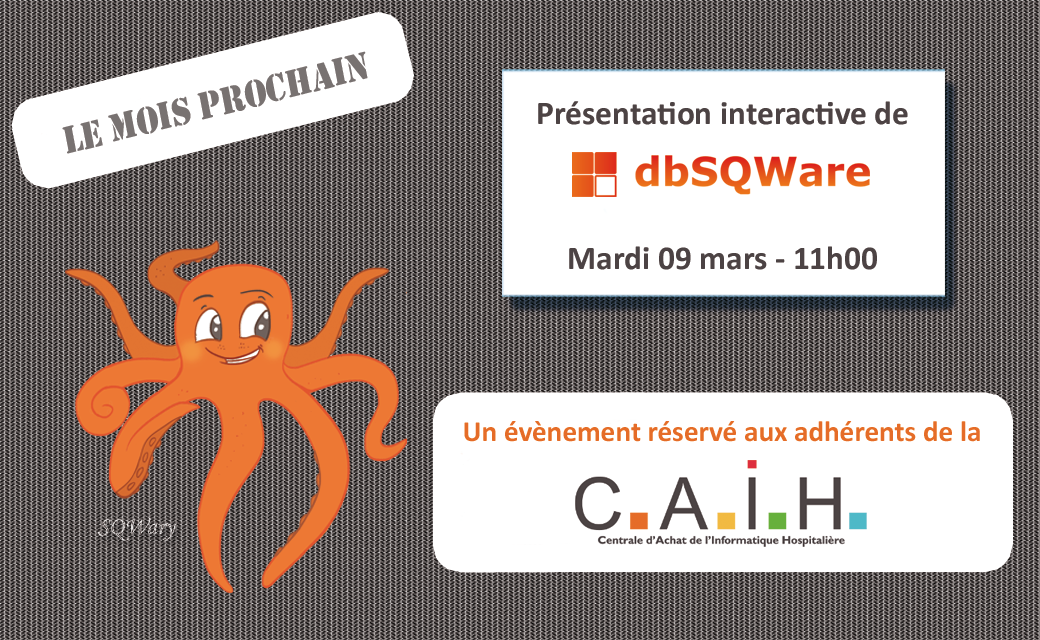 CAIH members, you were unable to participate in the last virtual presentation of dbSQWare?
No problem … Register now for the new session, scheduled for March 9, 2021 at 11:00 a.m. and discover all the features offered by our multi-DBMS management and maintenance software!
The opportunity to discuss your problems in terms of database operation and the solutions provided by dbSQWare. New year … New version …
The dbSQWare team is pleased to announce the release of version 2021.01 of its software.
With the addition of a major feature:
–> access to all the tables visible in the graphical interface via Rest type APIs. More than 1400 paintings are affected by this novelty.
The other changes are visible in the Releases Notes section of our website.

Not to mention that dbSQWare is the only DBMS management and maintenance software, capable of homogeneously managing 11 different types of database engines, thus offering its users a similar approach and vision whatever the DBMS concerned.